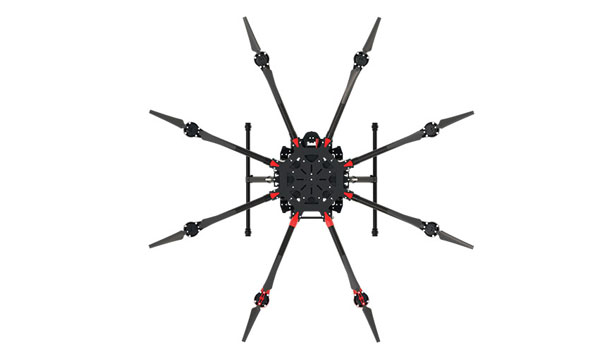 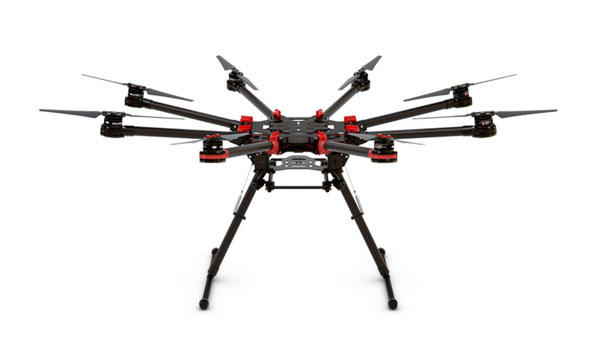 With its unique V type mixer design, the S1000 enables significant propulsion with increased power efficiency. Combined with DJI flight controllers like the A2, it remains stable during flight even if it looses a rotor. Integrated into the center frame is a power distribution system using a patented coaxial cable connector. All frame arms and the retractable landing gear are made from carbon fiber, ensuring a very light weight and high structural stability. 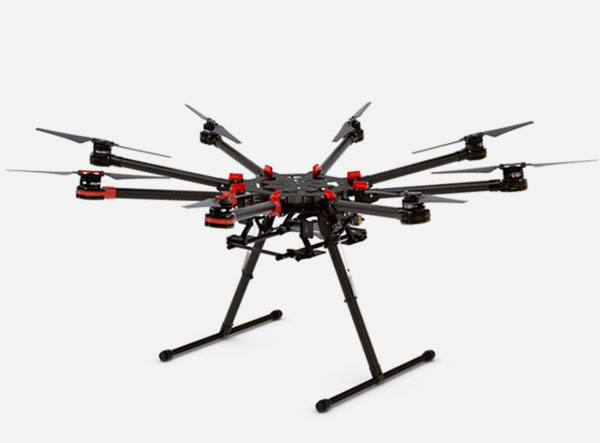 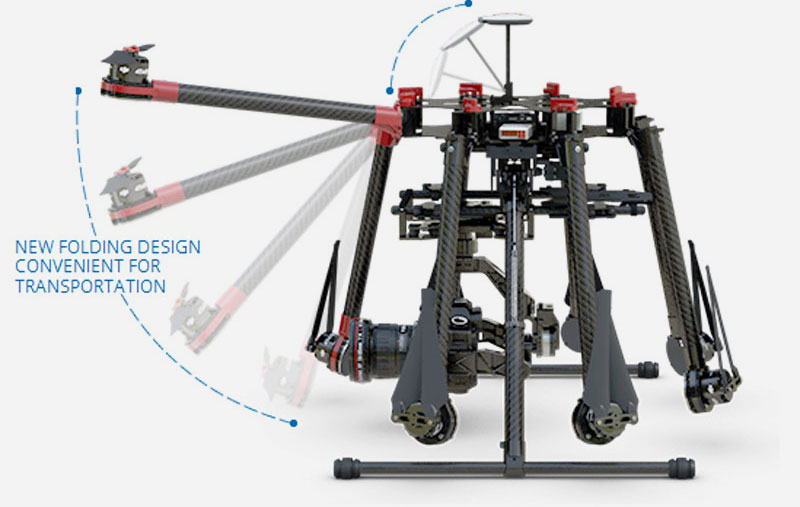 Portable, Easy to Use

All eight arms can be completely folded down and the folding propellers can be tucked away, minimizing the S1000’s size for transportation. To fly, simply lift the frame arms up, lock them into place and power up the system. This greatly saves on pre-flight prep time.

The gimbal and battery are mounted to the same bracket, with dampers placed between the bracket and the frame. This significantly reduces high-frequency vibrations and makes shots clearer and sharper. The battery tray's position also makes it more convenient to mount and unmount. 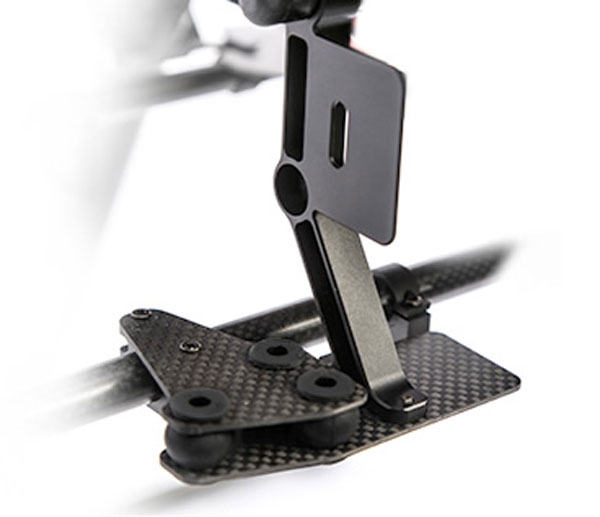 Each frame arm is designed with an 8° inversion and a 3° inclination, making the aircraft more stable when rolling and pitching yet more flexible when rotating.

A 40A electronic speed controller (ESC), our fastest available, is built in to each arm. The 4114 pro motors, high performance 1552 folding propellers, and V-type mixer design combine to give each arm of the S1000+ a maximum thrust of 2.5Kg. 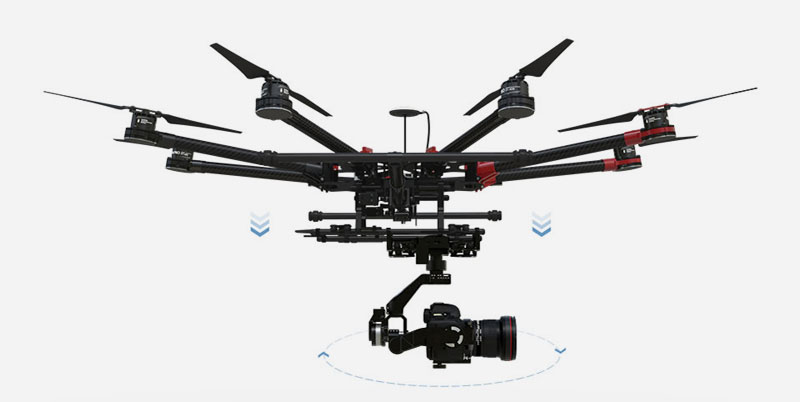 The gimbal is mounted low on the frame on a specifically designed bracket. Combined with the S1000's retractable landing gear, you have a clear, wide shooting angle. 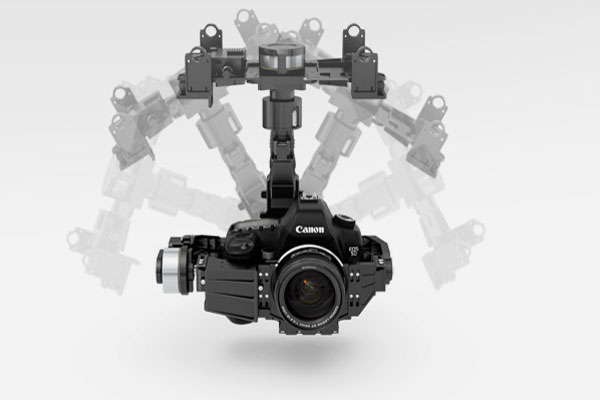 Take your creative enthusiasm to the skies!